A broad, bipartisan coalition of legislators, students and faculty called for full funding and a tuition freeze for students at the California State University and the University of California at a Capitol news conference Monday.

Both CSU and UC are considering tuition increases to compensate for a shortfall in the Governor’s budget. CSU is seeking $171 million more in state funding to avoid tuition hikes and to provide greater access to more qualified California students; UC is seeking $105 million more.

“The UC Regents and the CSU Trustees are now on the verge of passing yet another tuition hike,” said Sen. Steve Glazer, D-Orinda, the chairman of the Senate Select Committee on Student Success. “We cannot let this happen. The Legislature needs to step up. We must make this investment – not just in our children but in the future of our great state.”

“In a year when state budget revenues are expected to be robust, and when we’ve already raised tuition so much, we shouldn’t be imposing more tuition increases on the families of students at our public universities,” said Ben Allen, D-Santa Monica, chairman of the Senate Education Committee. “Investing state resources in preserving college affordability must be a priority, for the sake of today’s young people and for the future of our state.

Joining Sens. Glazer and Allen were Democratic and Republican members of the Assembly and Senate, CSU and UC students and faculty. 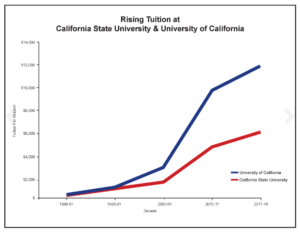 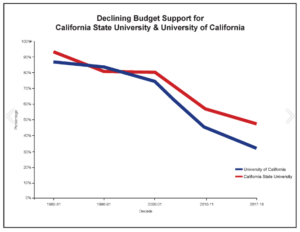