The election of Vice President Kamala Harris and the appointment of several Californians to top posts in the new administration signal not only the state’s renewed clout in the nation’s capital but also the influential role our world-class public higher education system plays in shaping leaders and expanding diversity at the upper echelons of government.

Harris, a graduate of the University of California, Hastings College of Law, is the nation’s first woman, first person of color and first UC-affiliated person to ever hold the vice presidency. Treasury Secretary Janet Yellen, a UC Berkeley professor emeritus, is the first woman to hold that powerful position, and Homeland Security Secretary Alejandro Mayorkas graduated from UC Berkeley and is the first Latino and immigrant leader of the Department of Homeland Security. 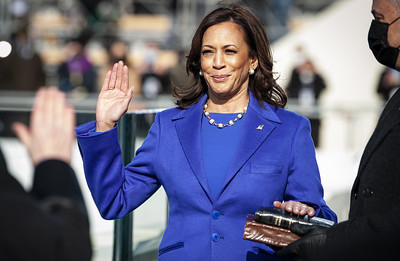 These appointments and others underscore how California’s public higher education system creates strong and diverse leaders and helps combat economic and social inequities. But leaders at UC, California State University  and California Community Colleges recognize they need to do more to increase diversity among faculty, staff and the student population. Each is moving forward with initiatives to achieve these goals, and Gov. Gavin Newsom’s budget proposal to increase funding for these initiatives deserves the Legislature’s support.

Among these initiatives, California Community Colleges, the state’s primary entry point into collegiate degree programs, has already met its 2022 goal of a 20% increase in students receiving credentials, and it is narrowing the achievement gap for students of color. California Community Colleges also is increasing flexibility in its courses, credit and support to meet the needs of an older and increasingly diverse student population. And it’s working to help struggling students secure housing and food, so they can focus on learning and reaching their goals.

CSU Board of Trustees and UC Board of Regents have developed multi-year plans to eliminate achievement gaps, with CSU seeking to eliminate gaps by 2025 and UC by 2030. Graduation rates at CSU, one of the nation’s largest and most diverse public universities, are at an all-time high, granting 62% of all bachelor’s degrees earned by California’s Latinx students and 47% of all bachelor’s degrees earned by the state’s Black students.

For the fall 2020 semester, UC enrolled more Latinx students than before and increased the admissions of low-income and first-generation-to-college students. The trend is continuing. UC reports a record number of undergraduate applications for the upcoming fall semester, a surge in applications from Latinx and Black students applications and continued growth in California Community Colleges transfer applications.

The governor’s budget proposal would continue these gains by providing state funding to CCC, CSU and UC to help close equity gaps, promote completion, fuel innovation and support students’ upward economic mobility. A recent agreement with legislative leaders would also restore previously enacted reductions, effective July 1, for UC and CSU. And the governor’s proposal assumes no increase in tuition and fees in 2021-22.

While the budget proposal won’t make up for all the funding losses over the past several years at the state’s colleges and universities, it will help them continue to provide the ladders to success for students from backgrounds and train the diverse leaders we need.

Over the past year, the U.S. has faced a long overdue reckoning of the racial and economic divides that persist in our nation. This moment in time demands urgent action to achieve equity in higher education to give students from all walks of life equal access and opportunities. Now is not the time to falter or fail. Now is the time to invest in all our young people.

Dick Ackerman and Mel Levine have also written about how public universities and colleges can serve as economic engines, how the state’s economic recovery depends on investing in California higher education and how federal investments are needed for the state’s higher education system in the fight against COVID-19.